Billionaire’s son and Nigerian musician, David Adeleke, popularly known as Davido, has declared that he is tired of making money. 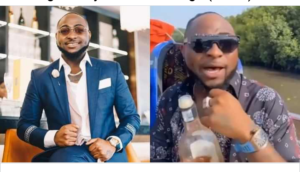 The multi award winning singer who made this known in a recent interview with media house, Afro Mixx, said that he had been working hard and making money for the past eleven (11) years.

Speaking further in the video, the father of three also said that he was celebrating because he was young and rich enough.

Davido was actually reacting when asked how he felt celebrating his 28th birthday amid massive success recorded by his recent album, A Better Time.

Meanwhile, in another news, Davido who recently made 2020 MOBO Awards nomination list, has gifted a fan 1 million Naira after the fan made a video collection of his HIT songs on his 28th birthday. Read full story and watch video