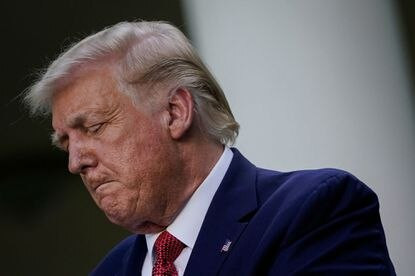 US President Donald Trump, has finally given President-elect Joe Biden the green light to begin his transition to the White House, the clearest sign that Trump now understands he lost the election.

Despite Trump’s claims of electoral fraud, his campaign’s legal attempts to change the election have been roundly rejected by judges across the country who note that there is no evidence for showing Democrats rigged the Nov. 3 contest for Biden.

Until Monday evening, Trump had refuses to allow General Services Administration (GSA) to confirm the Democrat as president-elect — a formality that kept him from accessing federal distribution plans for a potential COVID-19 vaccine, top-secret intelligence briefings and other critical resources.

In a tweet on Monday November 23, Trump said he had told Emily Murphy, his handpicked administrator of the General Services Administration, to sign the appropriate papers allowing Biden’s transition team access to the federal resources he has been withholding while waging a baseless court battle to subvert the results of the election.

“We will keep up the good fight, and I believe we will prevail!” tweeted Trump, who has barely been seen in public since losing the election.

“Nevertheless, in the best interest of our Country, I am recommending that Emily and her team do what needs to be done with regard to initial protocols, and have told my team to do the same.” he added

I want to thank Emily Murphy at GSA for her steadfast dedication and loyalty to our Country. She has been harassed, threatened, and abused – and I do not want to see this happen to her, her family, or employees of GSA. Our case STRONGLY continues, we will keep up the good…

…fight, and I believe we will prevail! Nevertheless, in the best interest of our Country, I am recommending that Emily and her team do what needs to be done with regard to initial protocols, and have told my team to do the same. 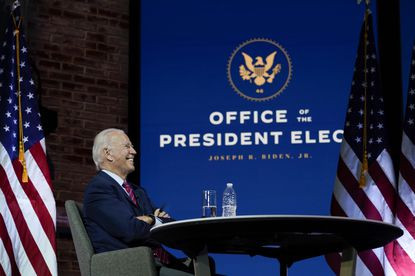 Trump’s recognition of the election results came after a high number of congressional Republicans urged him to throw in the towel as it was in the best interest of the country.

GSA boss, Murphy, in the last three weeks has faced intense scrutiny from members of Congress and received threats over her refusal to formalize Biden’s victory.
But she has now defended her reluctance saying her decision was not borne out of fear or favor.

In a letter to Biden, Murphy said she followed “precedent from prior elections” in holding off on ascertaining the election for nearly three weeks after it was called.

“My decision was not made out of fear or favoritism,” she wrote. “Because of recent developments involving legal challenges and certifications of election results, I have determined that you may access the post-election resources.”

“This is probably the closest thing to a concession that President Trump could issue,” Senate Minority Leader Chuck Schumer (D-N.Y.) said in reaction to Trump’s tweet.

“Let us all now — Democrats and Republicans, the Trump administration and the incoming Biden administration — unite together for a smooth and peaceful transition that will benefit America.”